5 things you don’t know about the making of #EscapeRobot

Thomas Paul Martin, Film Director at Raw London, introduced Raw London’s Your Best Content Campaign event with a look behind the curtain of War Child’s #EscapeRobot campaign. His session, 5 things you don’t know about the making of #EscapeRobot, shared behind-the-scenes insight of the process from initial ideation to completion.

Since it’s launch in January 2018, the film has been seen by over 3 million people. It’s been retweeted by Paul McCartney and won 6 international awards so far including Gold at The Drum Content Awards, The Major Players and The People’s Lovie. But these aren’t the only reasons Tom considers this to be one of his most successful content campaigns. Here he breaks down some things about the project that he believes contributed to its success.

5 things you don’t know about the making of #EscapeRobot 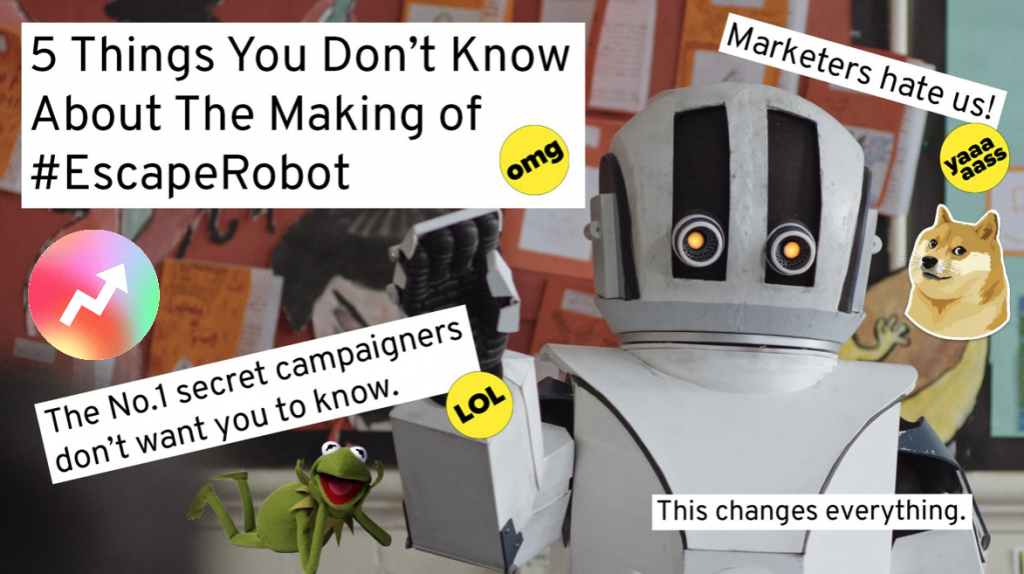 1. War Child UK chose us, not our concept.

Believe it or not, Tom and the team at Raw London didn’t actually have the creative for #EscapeRobot when we first pitched to War Child. Instead, the creative at the time revolved around a different character entirely.

The original concept centred on the concept of trauma manifesting as a character that follows children around. As that trauma becomes more and more overwhelming, the creature turns into a nightmarish monster. 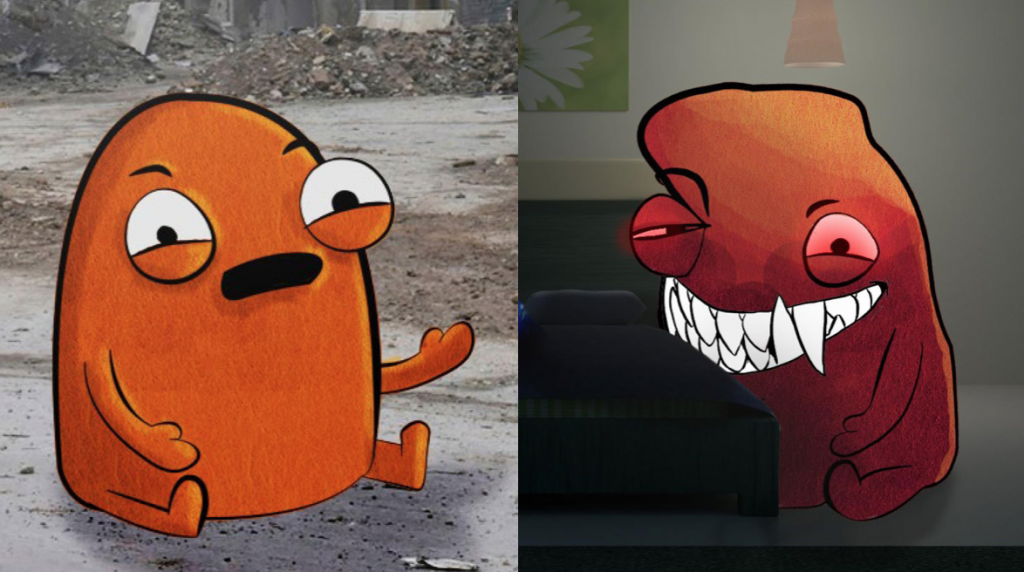 However, we decided not to go ahead with this idea… and not just because John Lewis were already making it with Moz the monster. 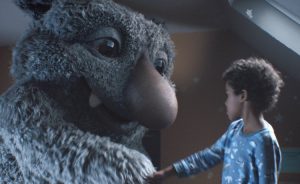 War Child reached out to a child psychologist who helped them understand that the proposed metaphor simply didn’t work for childhood trauma. But in the end, they still decided to work with us. This is because they’d gotten to know the team over the pitching process and could see that we were excited about the prospect of working with them. Even though the idea didn’t work, they trusted us to redevelop it into something that did.

We spent more time with the child psychiatrist who explained that there is a duality to trauma. Even though it numbs children to the outside world, it also protects them. Children who are traumatised by war become suspicious of danger all around them, making it easier to react quickly in an emergency. However, there’s no way to turn these feelings off in a safer environment, putting these children at odds with those around them. This led to the idea of a suit of armour.

2. The robot was going to be bigger.

When designing the original robot costume, the concept was more focussed on the ‘war’ element of the robot and resembled something that looked almost military. But as the costume designer sent sketches, it started to become clear that it would be better to focus on the ‘child’ rather than the ‘war’. In the end, everyone agreed on the design that blended cuteness, childlike features and humanity- all wrapped in a non-human form. 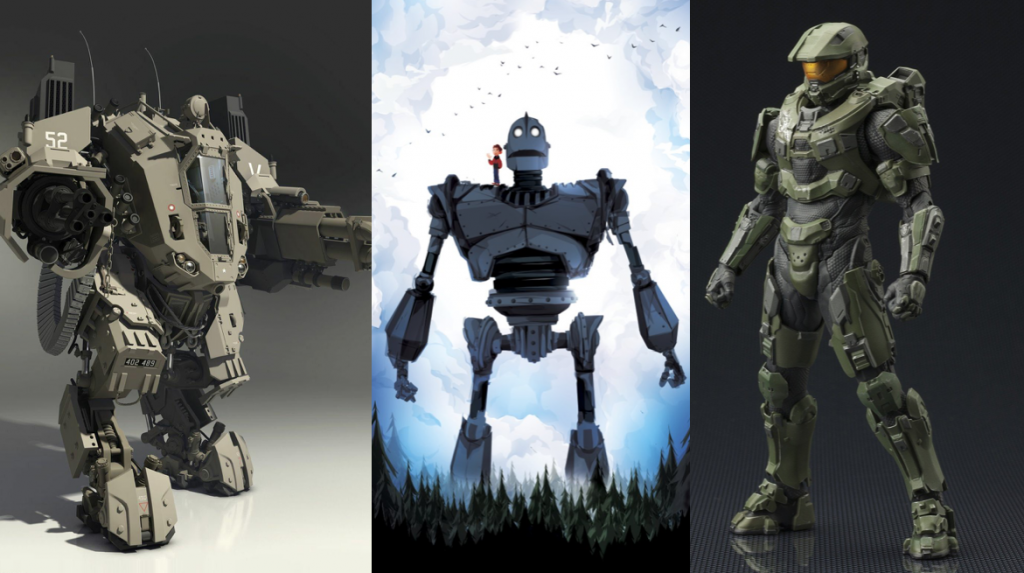 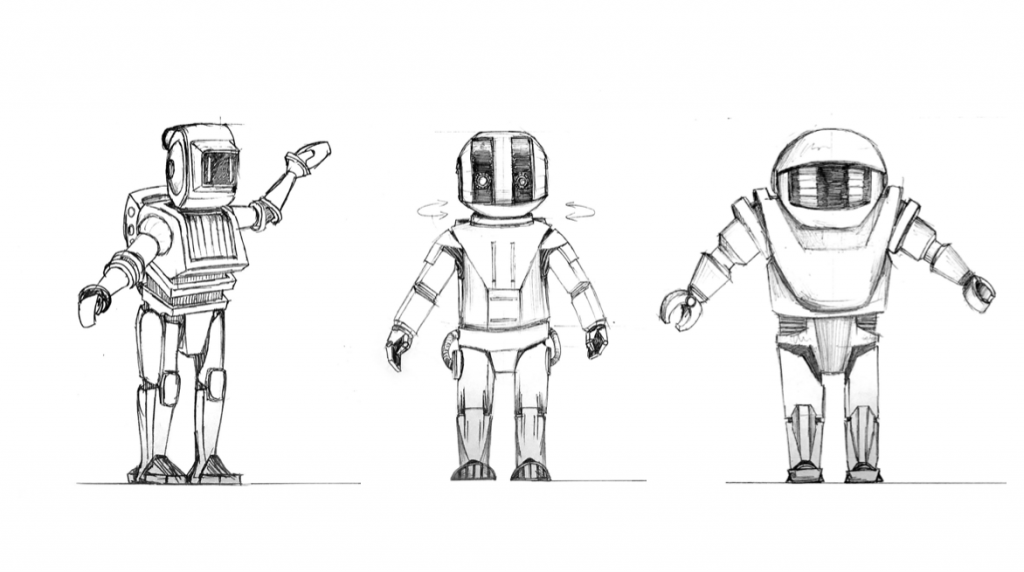 Because even though the robot is a metaphor about losing your humanity, the human-like features turned it into a character that people could relate to. This made it an even stronger visual hook and has contributed to its success. 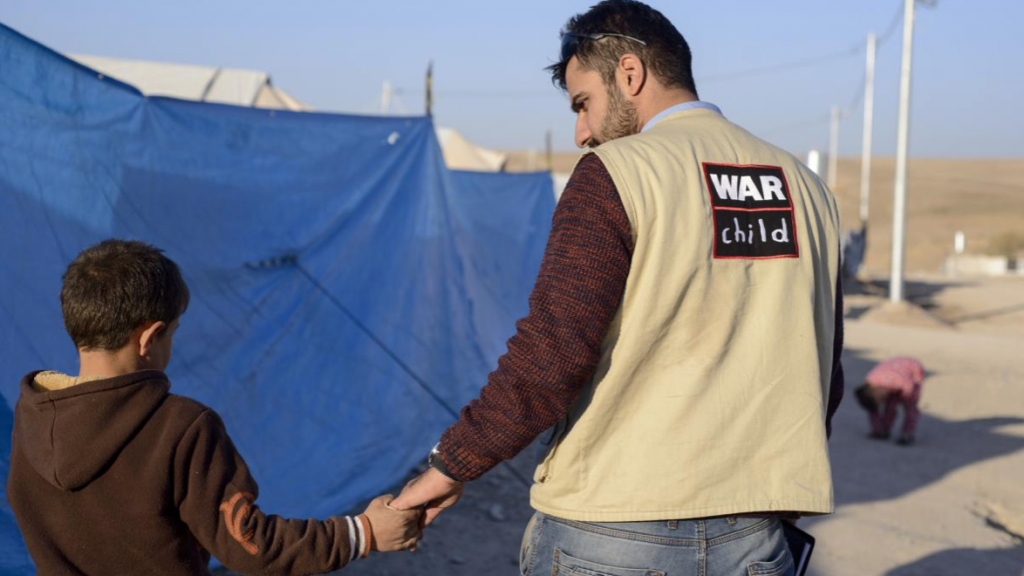 As you might expect, the story went through a number of drafts before filming commenced in November last year. To begin with, every draft brought the protagonist into contact with a War Child facilitator. But this always felt so contrived; War Child work primarily in refugee camps, whereas the character was living with their family in another country.

Then Tom received an email from Dave O’Carroll, Head of Digital at War Child UK, that changed everything. He said; “…We can remove the War Child adult. This is a film about the issue rather than our work. We don’t desperately need War Child in there. We didn’t have any War Child person on Duty of Care and I’m pretty sure that no Save the Children staff appear in Second a Day.”

For us, this was a revelation. Not often do clients ask to be taken OUT of a film. But in doing so, the story was able to directly focus on the issue which makes it resonate with even more people.

4. We thought we were going to fail. Sort of.

From the beginning, it seemed like the odds were stacked against us in pulling off this ambitious concept.

A robot suit for less than £10,000. A location that didn’t look like the UK, in winter and no budget to film abroad. A school, but no budget to hire one and fill it with child actors.

So what did we do?

We got crafty. We found a costume designer who was looking for a challenge. The location came from AirBnB. The school jumped at the chance of featuring in a film that would be watched by millions of people (of course, having a real life robot for their students to play with didn’t hurt). 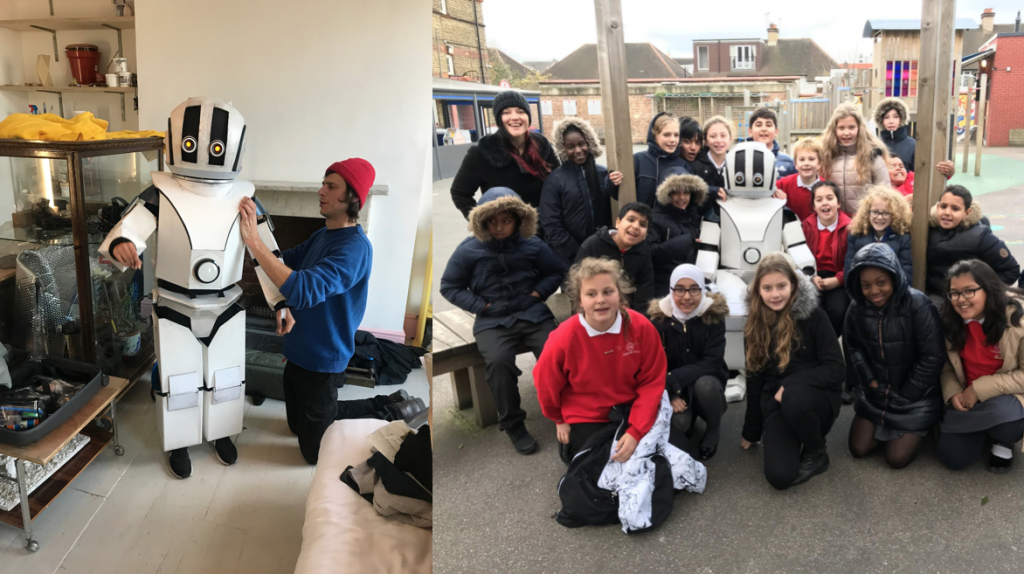 Tom’s take away is this: be ambitious, be bold. Listen to the people who are making your film and ask them what’s possible. You won’t make £500k film for £5k, but no matter what your budget is, there is no excuse for not pushing it and yourself as far as you can go.

5. I didn’t love the Marina and the Diamonds track.

The original idea was to have a cover of the song. Not only would this make it potentially easier for us to secure the rights, but a darker version seemed a good trend… albeit about 6 or 7 years ago.

In the end, it was Dave O’Carroll who suggested using the original track. Partly because the track is so iconic, and partly because Marina Diamondis has 2.7 million followers on Twitter! This raised an opportunity to ask her to tweet the film, which we felt more likely if it was her version.

2. No matter what you’re talking about, keep it human (and visual).

5. ‘I Am Not a Robot’ by Marina and the Diamonds is an absolute banger.