Raw London won 4 awards at EVCOM Film Awards 2019, which took place at a red-carpet ceremony at BFI Southbank last night. The awards celebrate the most progressive and creative agencies in film, video and production, and span x highly-competitive categories.

This is the fifth year we have been awarded at EVCOM Awards, in total winning 21 awards including 14 Gold, 4 Silver, 2 Highly Commended, and 1 Platinum for What is VJ Day? for The Royal British Legion in 2016.

This year’s EVCOM Film Awards call for the most innovative content across best practice and professional excellence, this year with an emphasis on showcasing British-made corporate film to an international audience. A jury of client, commissioner and practitioner judges selected the best of the best from the world of corporate film and highlighted those changing outcomes for clients and brands.

A huge congratulations to all the winners, and especially the teams over at Parkinson’s UK, World Vision UK and Book Aid International who each pushed the limits of amazing charity video through these interesting and innovative campaigns. 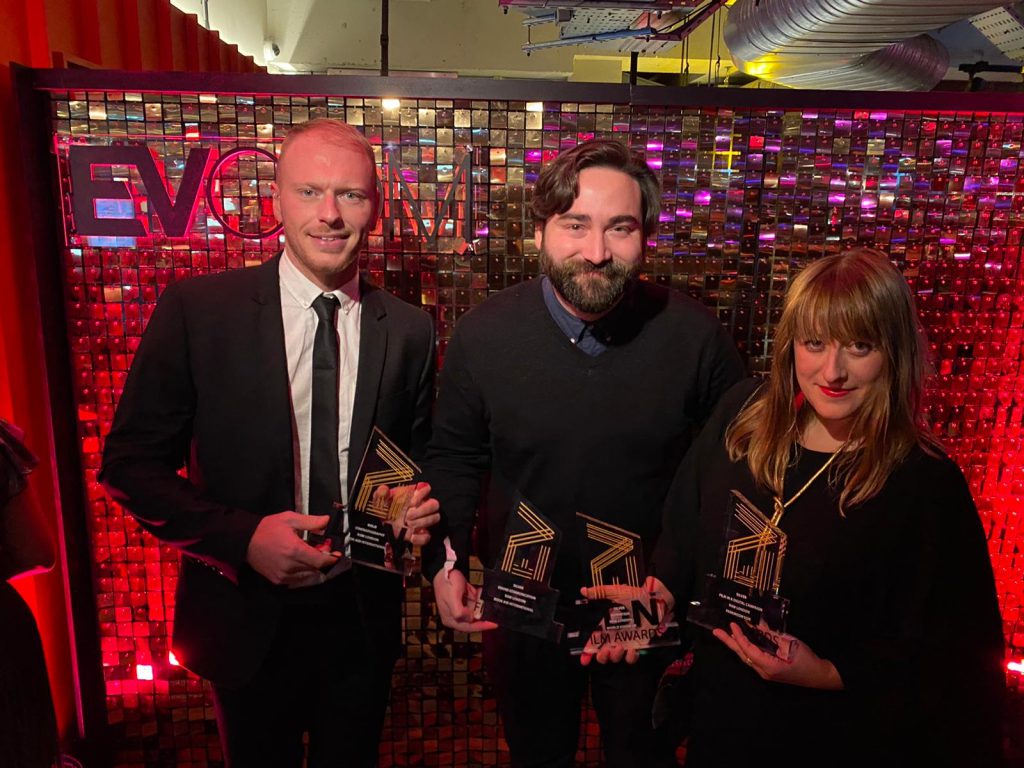 Our Age of Innocence film with @rawlondonuk has won a silver award at the #EVCOM2019 Awards.

The film's message is just as important today – No childhood should end like this.