The risk of not taking risks

Bob Cope, Senior Content Manager at MacMillan, talked The risks of not taking risks at our latest Relay event, Rethinking Storytelling in the Third Sector.

What does the dictionary say about risk?

How many times has a client or a stakeholder said they want to try something fresh, bold and break new ground? What do they normally go for? 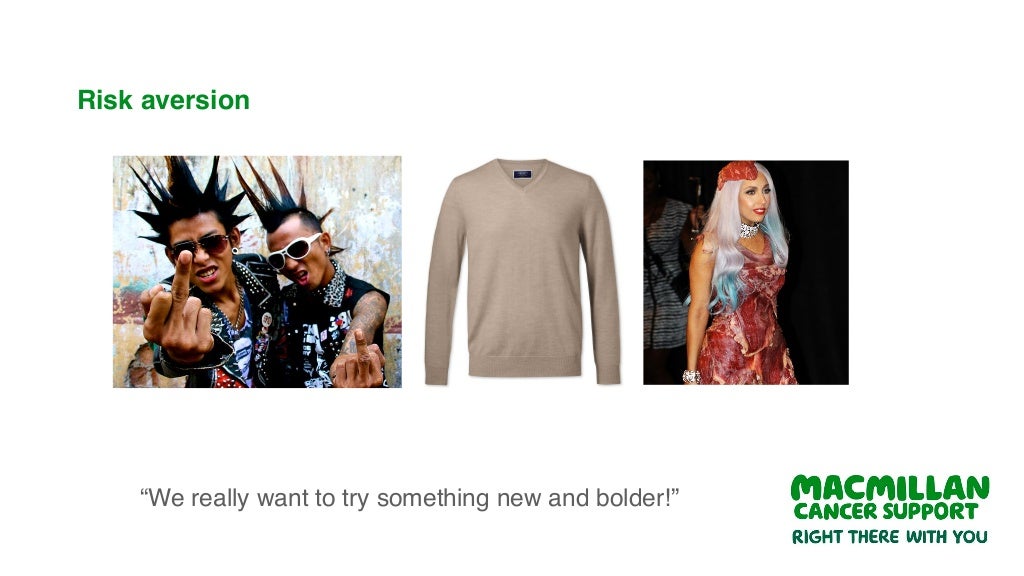 What is taking a risk for a charity film maker?

It could be trying a new tone of voice, a new platform, format or style, or even playing around with the brand. Basically it means anything that’s uncharted territory.

So looking over Macmillan’s creative assets, there was something Bob noticed as the ‘mug and sofa’ phenomenon. Everyone at one point would be holding a mug and sat on a sofa somewhere – either in a home or hospital or clinical centre. Everything looked the same and it seemed that perhaps cancer was quite a comfortable place to be.

What can we do about it?

It’s clear that other charities are being more bold – but what held Macmillan back?

The films that already existed for social media all followed a similar model; real people talking about their cancer experience, usually a while after it had happened when they’d had had time to come to terms with it. They usually led with an interesting line to draw audiences in, an interview setting with Macmillan entering at some point to make everything ok. This resulted in a clear beginning, middle and end.

So, in this case, trying something new and testing this model resulted in following someone’s ongoing journey. A series of weekly videos over the course of 2 months, mainly led by a beneficiary’s own user generated content but with an element of ‘produced UGC’.

The series would follow Charlie going into treatment for tongue cancer, where she’d have to learn to talk again. It followed her experiences, her family and her perspective, framed around an empowering name for the series; ‘You’ll never shut me up’.

After 8 or 9 episodes, unfortunately things didn’t go as planned, and the final episode revealed that Charlie had sadly passed away due to complications in her treatment.

This wasn’t the outcome that Bob and his team expected – and of course neither did Charlie, her family or the audiences who were following her story on social media every week. But, with long conversations with Charlie and her family, the decision was made to continue.

The format itself wasn’t a particularly big risk or, indeed, a new thing for charities, but it did represent a lot of risks for Macmillan:

What were the results?

9 videos, plus a live Facebook Q&A with Charlie earned 350,000 organic video views on Facebook, with one of the videos becoming the most engaged video in all of Macmillan’s social media history. Charlie also took the time to respond to on average 150 comments on each video, and Macmillan received a Charity Film Award, which was collected by Charlie’s son. 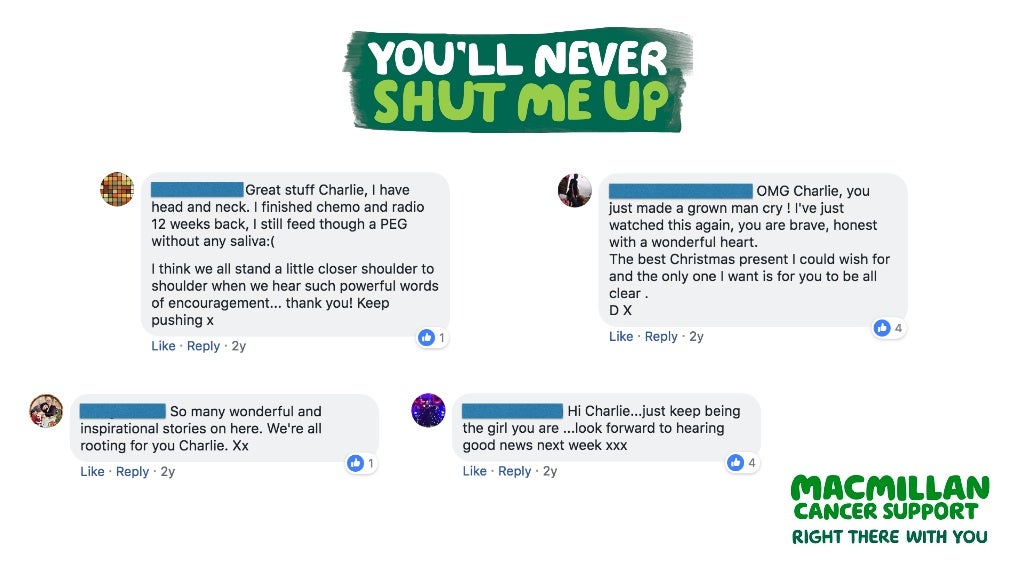 So what was the risk of not taking risks?

How to limit the risks?

The risk of not taking risk from Raw London
ShareShareShare