Communicating the Impact of World Changers

Good communication sticks with you

In communicating impact, it could be suggested that plight is dying. Many charities have started to see that their typical images of impoverished children are having less and less impact with donors, who are responding and donating less than ever before.

Is it possible to flip this narrative on his head?

Graeme suggests that communication should instead focus on your ‘wonderland’ – the destination you arrive at through achieving your goals. For charities, this is the positive communication of the impact you are having now, and the impact you hope to have in the future.

This example from The Future Project shows how they were able to effectively flip the typical narrative to instead campaign in a positive way that shows the impact and potential impact of their work. 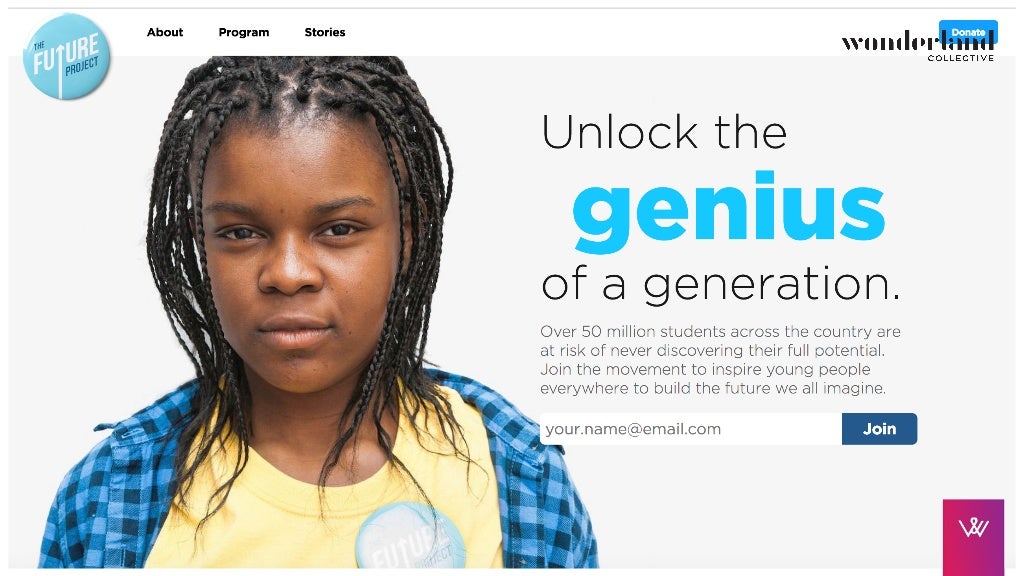 The Future Project’s Unlock the Genius of a Generation campaign focuses on students discovering their potential. It highlights the potential of the individual children and the effective organisation that is already doing well and is here to tell you the how, what, why and when.

How can you achieve this within your own organisation?

Consider starting your strategy by focusing on the positive elements of your mission – your reason for existing. You can acknowledge the negative things that are happening but it’s important to be clear about what you want to achieve and the positive impact you are having right now.

The next action is to think critically about your audience, and creating bios or profiles on your ideal donor can be a good place to start. This allows you to explore what’s important to them, and identify their potential pain points or objectives to supporting your charity, which helps you understand how to talk to them.

A good example of this is Charity:water, who understood that their donor uses multiple screens across laptops, tablets and mobile phones. After realising that this could cause siginifant friction across their customer journey, they developed an easy-to-use responsive design that allows them to achieve greatness across all digital platforms.

Another incredible example is Snap Counsellors, a discreet and friendly space for young women in India to talk about relationship violence with counsellors on Snapchat. Understanding their audience, the emotional sensitivity of the issue and the physical situation they might find themselves in, makes Snapchat the perfect platform. Any communication is deleted automatically after a certain period of time, which enabled young women to open up in a way they may not be so comfortable on another platform. 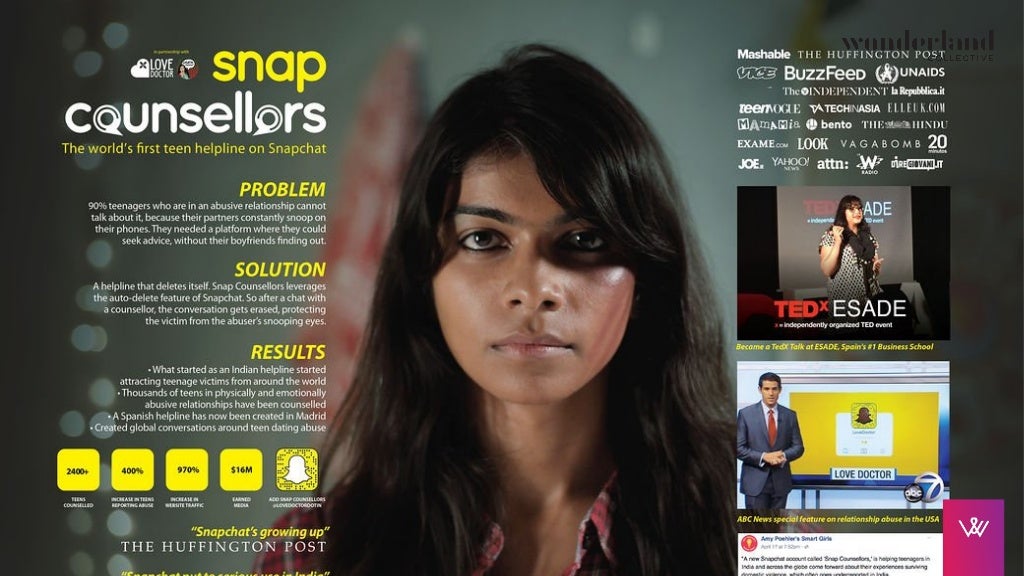 Lastly, an example from Wonderland Creative, which aimed to raise awareness of Lewis Pugh, dubbed ‘the human polar bear’, who rose to fame as the first man to swim across the North Pole to bring attention to the plight of global warming. More recently, he swam the Seven Seas to raise awareness for marine protected areas.

To reflect the vastness of the ocean and the issue, the campaign uses big, visual aspects with bold striking photos used across social media, with fantastic results: