How FareShare’s ‘Let’s Get Together’ campaign came together

Raw London has launched FareShare’s first national advertising campaign, with the aim to recruit 2,000 new volunteers for the non-profit organisation.

The integrated campaign for the UK’s largest food redistribution charity is spread across print, social and digital platforms, with £250,000 worth of media spend being donated by news publisher 1XL.

Charlotte Harris, Raw London’s Marketing Director said: “This was definitely one of the most in-depth projects we have developed so far, delivering over 160 separate assets spanning across digital, print and social media.”

‘Let’s Get Together’ was born at the Creative Shootout, an annual competition that sees 9 of the best creative agencies in the UK pitch for the chance to win a £30k advertising campaign.

“To walk into this equally exciting and daunting competition as the under-dogs and walk out victorious was amazing”, explained Harris. “Our idea was one of inclusion and validation – ‘Any shape. Any Size. We need you!’ I think this message sat well with FareShare’s brand and the audience they are wanting to recruit.”

The creative partners up food with its human counterparts, promoting the charity’s brand message in a humorous and colourful way.

“This was an original, creative idea that made us laugh”, said FareShare’s Head of Marketing James Persad.

“The idea showcases what FareShare is at its simplest. Raw London showed that they respected the values of our brand instinctively, and married this with an understanding of how to grab the attention of everyday people.”

After winning the competition, we were able to fine tune the creative which would launch FareShare’s largest public-facing campaign to date. 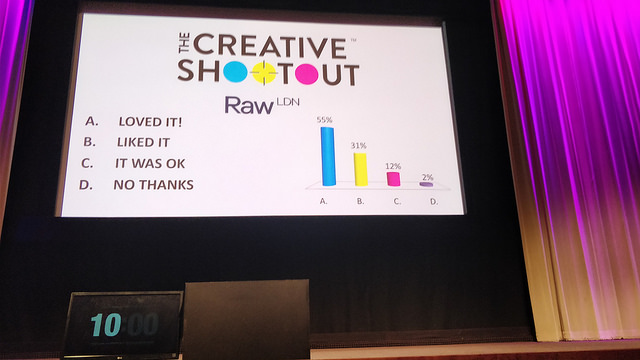 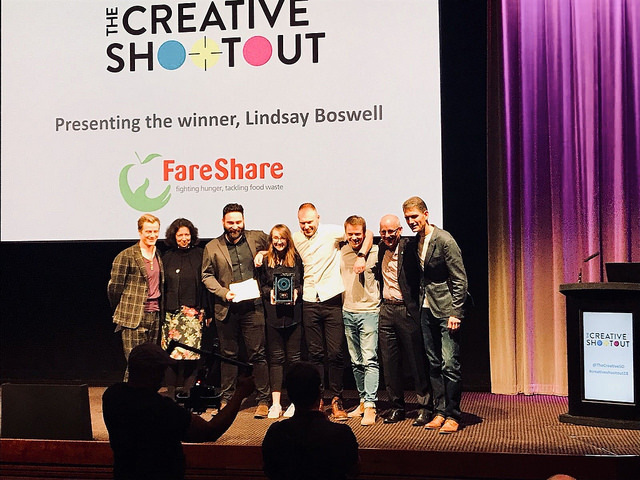 With having only four hours to come up with the original creative for the Creative Shootout, our development team were soon able to further align the idea with FareShare’s values and brand guidelines.

We needed to authentically represent FareShare’s current volunteers in the campaign, to successfully attract more like-minded people. We also realised the need to showcase the high quality food the charity delivers daily, in an effort to change the perception of the link between food redistribution services and low quality produce.

Although the campaign stayed close to the original creative, several changes were made to ensure that the message was as clear and authentic as possible. 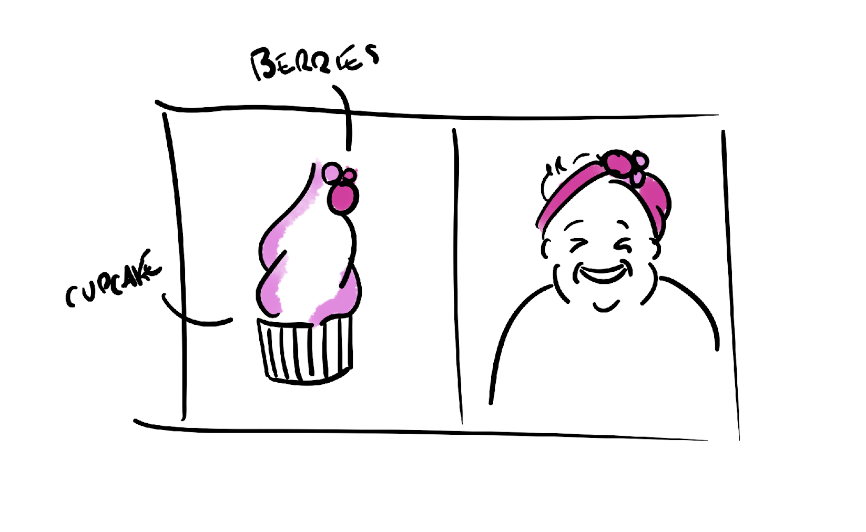 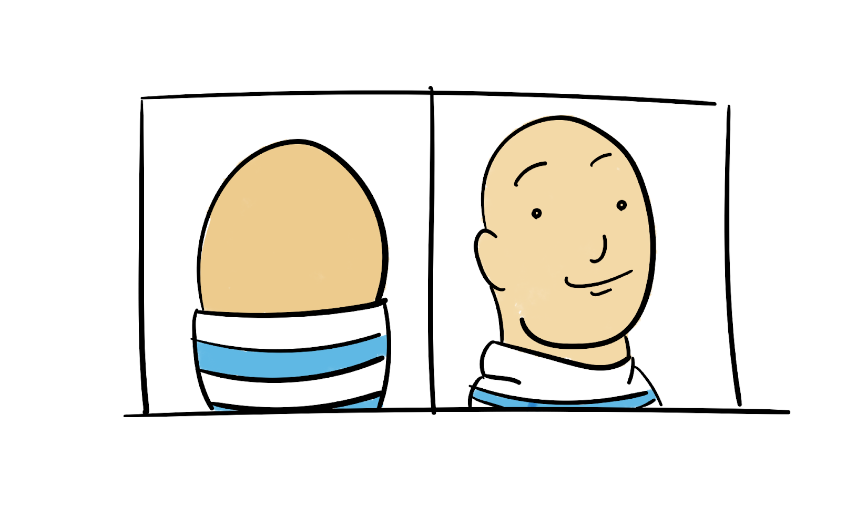 Ed Hardy, Raw’s Creative Lead said: “At the start, the idea manifested itself with images of slightly eccentric people with exaggerated features. However, the decision was made that the final creative needed to be far more reflective of real people, with the likely volunteers being able to see themselves reflected in the various assets for the campaign. The tagline also evolved accordingly to ‘you’ve got the time, we’ve got the food’”.

From moving away from focusing on overlooked food and towards one which highlighted FareShare’s quality output allowed us to better represent the incredible work the charity does.

During discussions with FareShare, the importance of inclusivity and the charity’s broad range of volunteers was also made a priority.

“We are after volunteers of all shapes and sizes. The campaign works because it has enough types of volunteers represented. Volunteering for FareShare is very inclusive and has a broad appeal to a very wide range of audiences”, explained Persad.

Within the development stage, we also volunteered with the charity, helping redistribute food throughout London in the height of February’s blizzards.

“Volunteering was so important to further understand the great work FareShare do”, explained Raw London’s Creative Producer Amber Parsons, “it also added an extra level of connection between us.” 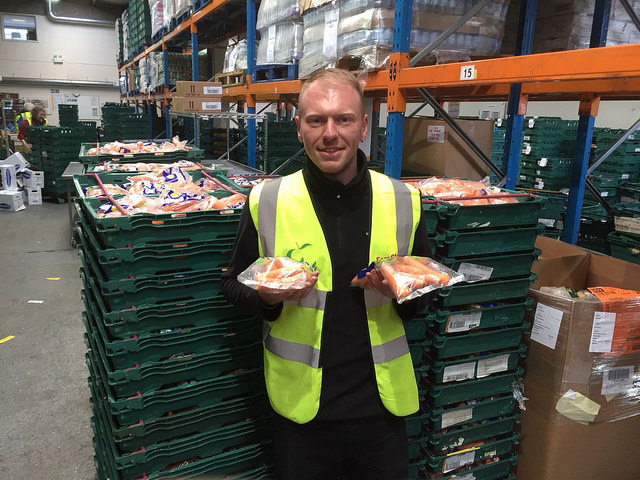 Through refining the creative and building a stronger relationship with the charity, we were able to execute a playful creative which ticked all the boxes.

The production team had the task of finding a diverse cast of models to match with the various different foods FareShare helps redistribute. Casting calls for ‘Man with Dimple in Chin’ were sent out to find someone to emulate a peach, whereas ‘Man with Red Beard’ was used to find the fish finger.

“We were able to have fun with it, and the actors were very happy to be working on something they felt strongly about”, said Parsons.

“We were initially concerned about how someone would react to being likened with an egg, but everyone was very joyful about playing their food counterpart”.

The photographic production was shot at White Rabbit Studios in East London over three days. Two days focused on dressing 12 actors to look like their food match, whereas the third focused on shooting the food to best match the positioning and likeness of the actor.

On the third day, we enlisted the help of food stylist Laurie Perry to help create the perfect match between the models and the food.

“I think the main challenge was finding a way to bring out in the food that one particular idiosyncrasy that really made the model instantly recognisable”, Perry explained.

“Getting the ‘cap’ of a 12kg pumpkin to perfectly balance at the same angle as the model’s hat was surprisingly hard- and I only had one chance to cut it! I guess we overcame each food match with a bit of practice, good eye and tailoring it little by little until it looked as good a match as possible”. 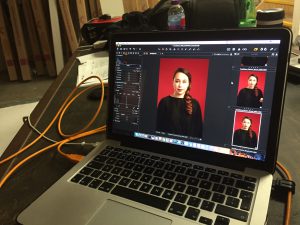 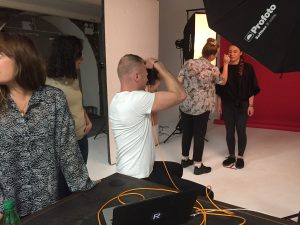 Parsons added: “Being fully prepared and confident pre-shoot allowed us to add playfulness on the day, giving room for improvisation and explore new poses and actions that could work. Having the client on set was essential as there’s always room for development on the day”.

The agency’s post-production team then had three weeks to draw everything together in time for the campaign launch.

With the campaign launching today, Let’s Get Together has been distributed throughout various platforms, with the aim of achieving FareShare’s goal of recruiting more volunteers. We also designed and built the website, and developed the overall strategy to target specific groups around each of FareShare’s 21 regional centres. It’s amazing to see the work live and we can’t wait to see what kind of impact it has for FareShare and their work. 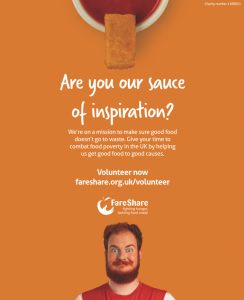 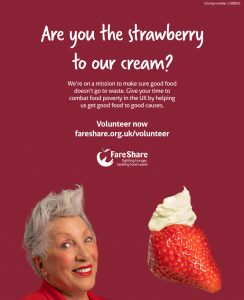 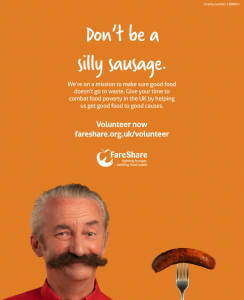 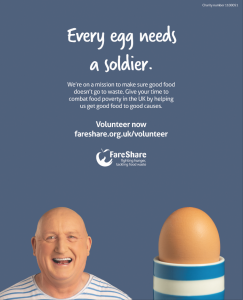