This is part 2 in a 3-part series on behavioural science and content. Read part 1 here.

Understanding the importance of rational and emotional thinking, and how they interact, is crucial to designing content strategies with impact.

In our previous article on behavioural science, we touched on the fact that human behaviour is motivated by emotional and rational mechanisms in the brain, and that both factors play a role in driving our decision-making processes.

Studies in psychology have shown that content that provokes an emotional response can compel people to take action, and this is something many content creators and marketers in the charity sector have worked to perfect over decades.

One example of a charity project that incorporates both emotional impact and behavioural ‘nudges’ is St. John Ambulance’s 2013 campaign, #SaveTheBoy, designed to raise awareness about the need for first aid training. The campaign’s flagship video depicts a young boy falling out of a tree while his guardian is temporarily distracted. 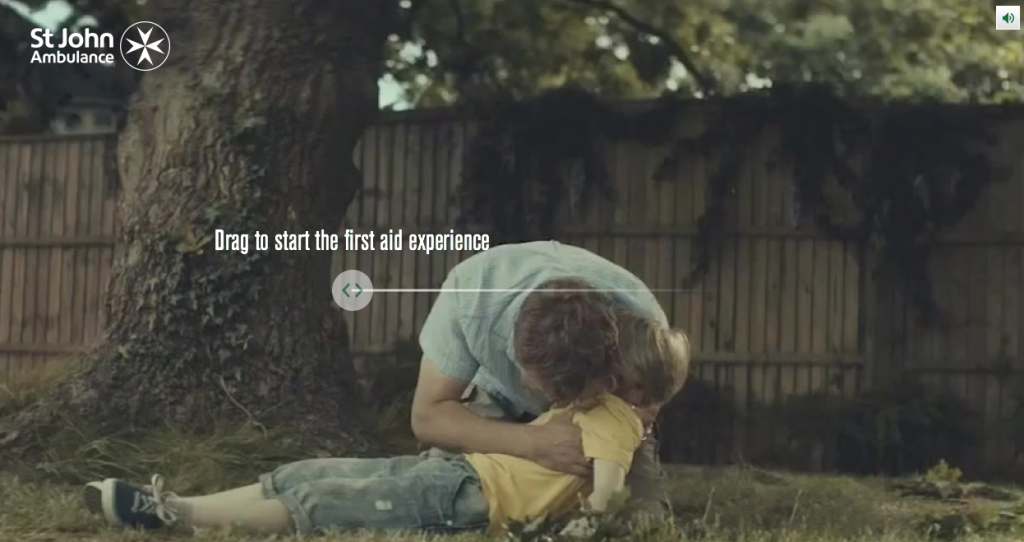 As noted by Vidyard, St John Ambulance sought to evoke feelings of panic and helplessness in their audience, in order to prompt them to act – in this case, by visiting a special landing page featuring an ‘alternative ending’ video, which walks the viewer through all the steps the man could have taken to save the child. By combining an emotional narrative arc with clever, interactive nudges, the video was able to drive home a clear call-to-action.

Another good example of a rigorously-researched charity video that takes into account both emotional and rational thought processes is War Child’s recent campaign, #EscapeRobot.

Studies using neuro-imagery have shown that when evaluating brands, consumers primarily use emotions to process and take in factual information. So, when War Child planned to release their new 44-page report, Reclaiming Dreams, they knew that they needed a video that could do the emotional heavy lifting, and help connect audiences to the report’s factual outcomes and recommendations.

In a recent article for Charity Comms, Dave O’Carroll, War Child’s Head of Digital, explained that the charity faces three main challenges in their communications: representation, since their work focuses on vulnerable populations who need to be treated with sensitivity; accessibility, since their beneficiaries are living in war zones abroad; and complexity, because their frontline work is complicated and often difficult to summarise.

The video shows a door opening on a young woman standing next to a robot. We see the robot struggling to adapt to a post-war normal life as it is haunted by its experiences. The final reveal shows that the robot suit is merely the psychological armour that a young girl has constructed to protect herself.

The unexpected presence of the robot was designed to elicit feelings of surprise and curiosity in the viewer, to hook them in immediately, before taking them on an emotional journey through loneliness, fear, and finally, relief.

The purpose of the campaign is to drive new audiences to visit a microsite dedicated to the report, which uses visual references from the video to connect the emotional experience to War Child’s programmes and the more ‘rational’ content from the report. This is continued and developed through an email support journey, which uses additional videos featuring War Child beneficiaries, and eventually, a fundraising ask.

Overall, these ‘nudges’ have proven to be remarkably successful: While final fundraising results have yet to be tallied, the video has done very well online, with over 1.5 million views, and the landing page has seen an average dwell time of 15 minutes over the course of 3 months.

#EscapeRobot is a great example of how a charity content-led campaign incorporated behavioural science tactics to emotionally engage audiences with rational solutions to a complex problem.

How behavioural science can help you create better content

Trust and basketball: Why behavioural science will ensure that your content always hits home