Election Night 2017: while the country held its breath in anticipation, we were delighted to be at The Loss Foundation’s annual stand up comedy night, where they launched their pioneering 360 Virtual Reality film, The Reality of Loss.

Every year The Loss Foundation tries to do something really unique and memorable for this event. This year, with backing from the Big Lottery Fund, they chose to make a VR experience. Virtual reality has a powerful reputation as an “empathy machine” and The Loss Foundation wanted to use this to give people an amazing first VR experience, by sharing one of the most intimate and vulnerable moments in a person’s life.

Queues stretched round Islington’s Union Chapel – before, during and after the event – for a chance to experience the story of James and Catherine. Told in a split-screen format, one side of the VR film showed the couple’s romance and happy lives together, whilst the other showed the devastating impact Catherine’s death had on James’ life and the refuge he found in The Loss Foundation’s support groups.

The reactions of the audience were really powerful, with some smiles, much nodding and lots of tears of recognition. We were thrilled that everyone commented on how true to life the experience had been and were humbled that lots of people were moved to share the stories of their bereavements with us.

One viewer was especially poignant: This is so powerful. I need to watch it again to catch all of it but even on the first watch it made me cry. 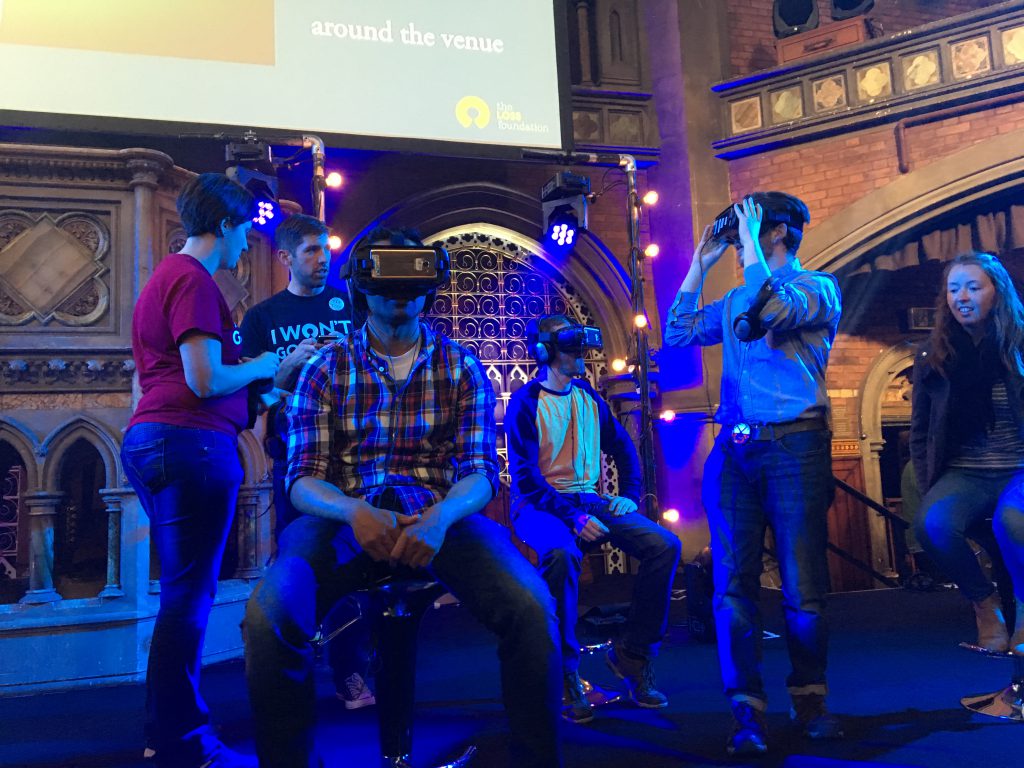